Georg Wilson's Exploration of Folk Femininity at the Soho Revue 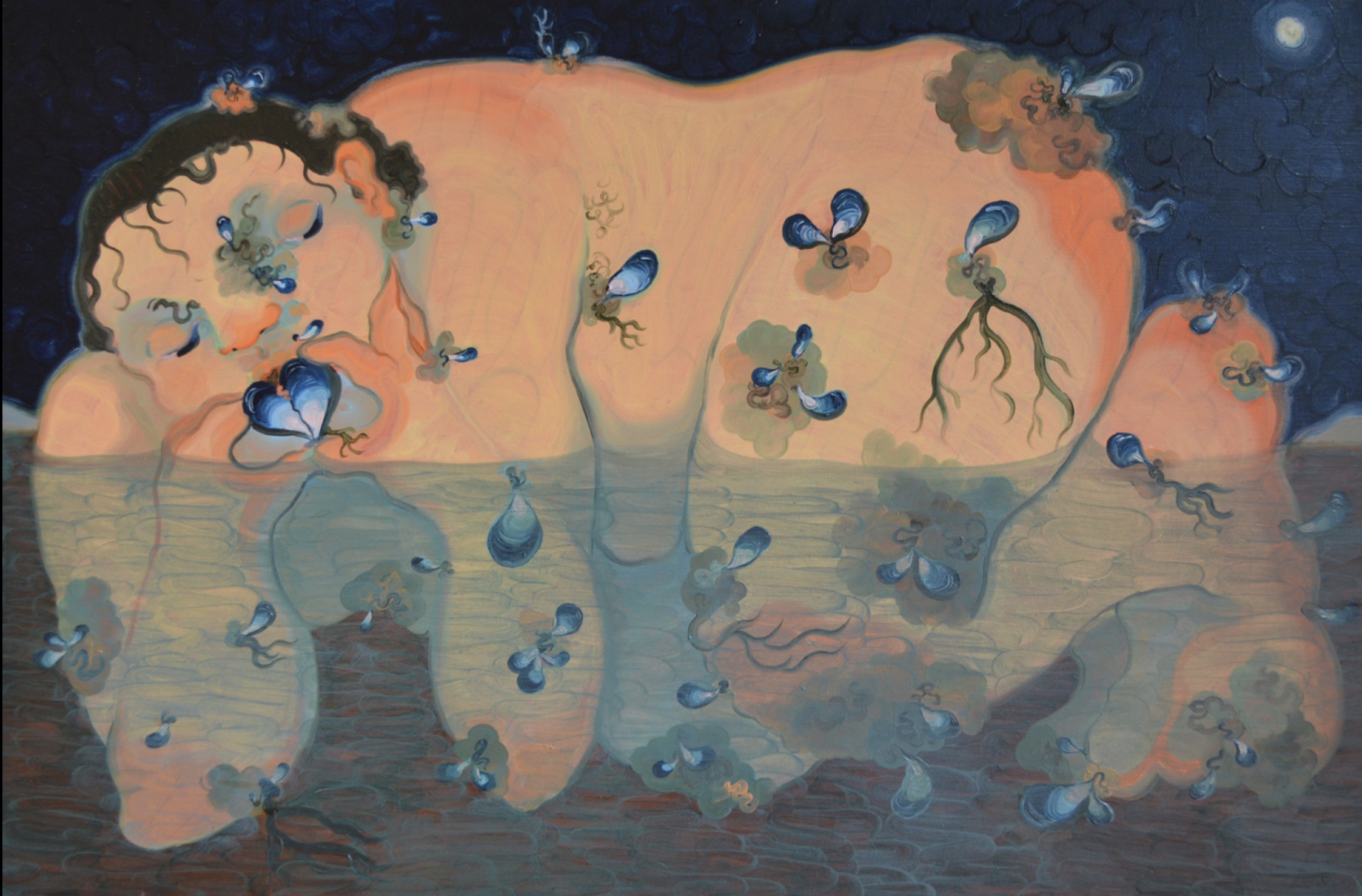 Easily recognisable from its turquoise painted facade, complete with the original 19th century decor, the Soho Revue cuts a classic figure in one of London’s most artsy neighbourhoods. An entirely female run and female owned project, founder India Rose James stated that her ambition was to “bring the buzz of art back to West End”. In saying so, she’s only setting herself up against the real estate industry, gentrification, and the blue-chip art market (they do say it’s important to set achievable goals). The Revue is a new hub for emerging artists spanning four stories on Greek Street, complete with a gallery and a space for painting classes.

"One key difference in this iteration of an artistic Soho is the prevalence of women in shaping that vision- the Soho Revue puts women well and truly centre stage."

Inside, as part of the gallery’s opening this autumn, is an exhibition featuring up and coming artist Georg Wilson, whose work explores femininity through English folk history and folk-tales. It’s an appropriate choice of theme given that the Revue itself is a women-led venture looking to reimagine something old, something that’s the domain of gossip and stories featuring colourful casts of characters. The Soho that India Rose James’ grandfather was a part of – the one she’s trying to rebuild – is populated by figures that have long since become part of both official and unofficial British history, shared as wild stories and anecdotes distorted by hyperbole. One key difference in this iteration is the prevalence of women in shaping that vision - the Soho Revue puts women well and truly centre stage.
‍

But the cast this time around is no less eclectic. On the one side, we have the literal embodiment of socialite excess in founder India Rose James. The billionaire heiress, granddaughter to a property and pornography baron, was aged 21 in line to a fortune that would have made her richer than the Queen of England. If you wrote the character of India Rose James she would seem just a little too decadent to be credible. On the other hand, Georg Wilson is positively cottagecore. As an artist, she seems to be not so much running from modernity as unconcerned with it. Her work resides solidly in the realm of pre-modern and mysticism, and evokes forms of knowledge that are grounded outside of science, in folk-tales and shared wisdom.

"It seems less like The Soho Revue is reconstructing a fantasy of old Soho, but rather rebuilding the environment that made it flourish, one where interesting art was being made."

More than that, the decision by James’ Soho Revue to partner with an artist of Wilson’s relative newcomer status and hugely individualistic style indicates that there’s substance behind James’ stated aim of rebuilding the Soho of old. It would be easy, especially given her background, for James to construct a weird sort of amusement-park esque reproduction of the 60’s Soho that looms large in the minds of those who are interested in the London art world. Neon and half-tone and vinyl, job done. But that’s decidedly not what’s going on at the Revue, and it seems less like what James means is reconstructing a fantasy of old Soho, but rebuilding the environment that made it flourish, one where interesting art was being made.
‍

Maybe that’s where Wilson’s and James’ common ground is - a preoccupation with the past. What it was and what it is. Both Wilson’s works and James’ gallery are deeply indebted to their heritage, but neither is mired in it. They both manage to make something that feels new and engaging.
‍
You can visit the Soho Revue and see the works of Georg Wilson at 14 Greek Street, Soho, London.