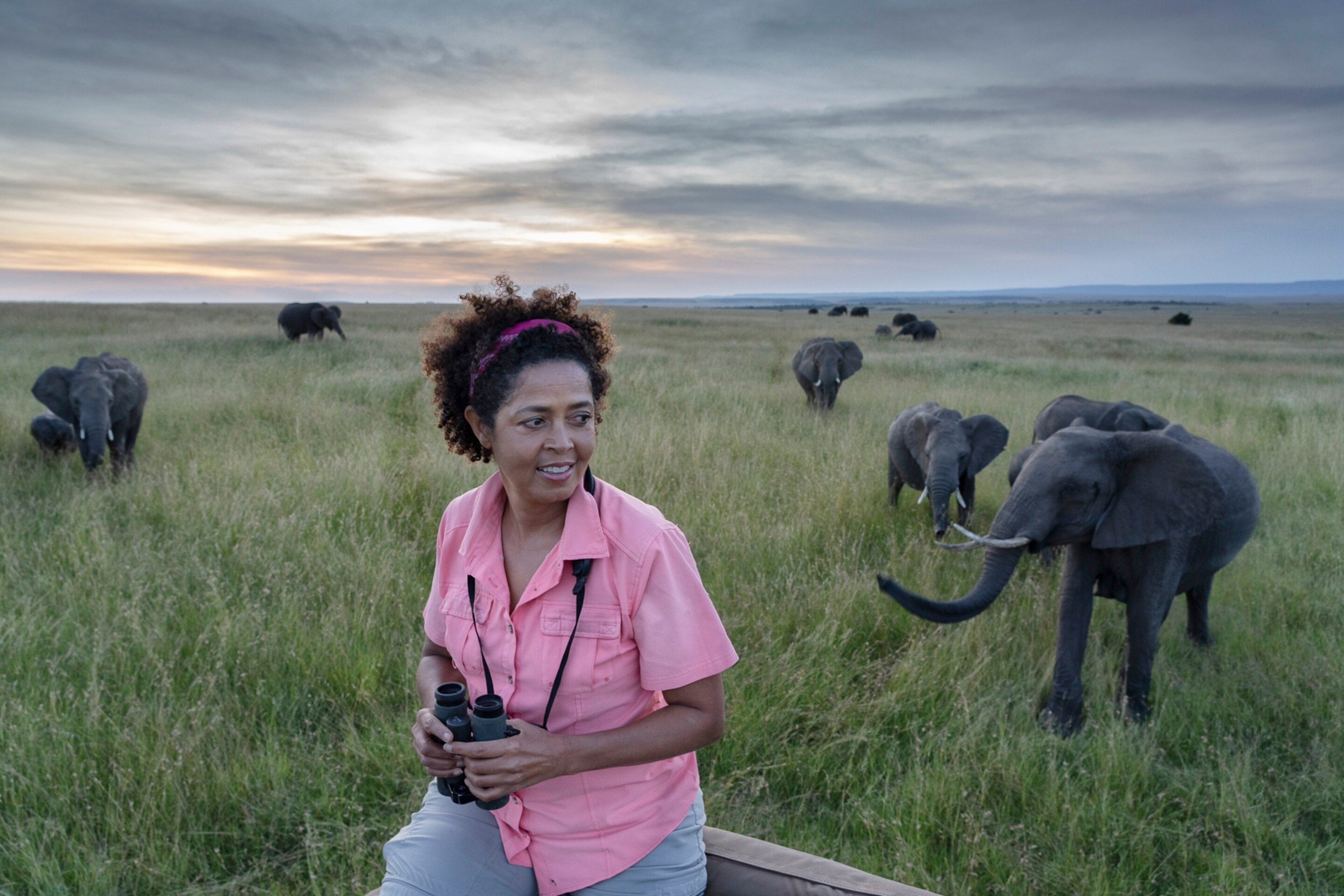 We’ve been watching Dr. Paula Kahumbu. Named one of the most influential women of 2022 by the Financial Times, her list of accolades is growing more and more extensive. So who exactly is she, what makes her such a unique leader, and why should you know about her? The Kenyan Princeton graduate’s work as a wildlife conservationist has continued to draw attention as the topic has become increasingly mainstream. Dr. Kahumbu has been a leading activist in protecting and preserving African elephants and their surroundings. She has worked with the likes of Kenyan First Lady, Margaret Kenyatta, and received commendations from the United Nations. Unique in her passion, but crucially also in her on-the-ground efficiency for the cause, Dr. Kahumbu’s name has become synonymous with actionable conservation.
‍

Dr. Kahumbu continuously demonstrates a masterclass in leveraging power and influence, showcasing the breadth of popular support for causes she argues, thereby impressing upon politicians and legislators that the public will hold them responsible for failure to act. This has led to both local legislative change in Kenya, as well as broadened international pressure and attention, motivating countries like the United Kingdom to China to strengthen their efforts to work against the trade of ivory.

"Targeting the source of the issue– exploitation in pursuit of profit– can help us save not only the environment but ourselves."

What makes Dr. Kahumbu such a vigorous and powerful voice for the conservation effort, and for environmentalism as a whole, are her thoughts on stakeholding. Dr. Kahumbu’s work centres around the idea of ownership and what we can and cannot claim ownership of. The issue of conservation, according to Dr. Kahumbu, is one of the commons. Nature, ultimately, is a resource which has to be shared, not only amongst people but amongst all species. Humanity’s efforts to commodify nature through legislative means has given us a distorted idea of what we can do to its inhabitants. Dr. Kahumbu’s approach is one of education and inspiration, focusing on motivating a new generation of eco-conservationists to rethink the idea of what it means to be an owner.
‍

In order to facilitate the public’s rethinking of ownership and profit, Dr. Kahumbu works with publications like National Geographic to distribute her message. A frequent media fixture, she appears most prominently in the UK’s Guardian, where she has written ceaselessly for a decade on the curbing of the $23bn annual ivory trade. She argues that by devaluing the trade and eradicating the idea that ivory is a commodity as opposed to the spoils of ruthless killing, we can restore wild elephant populations.

"Ecotourism, which depends on wildlife, is one of the fastest growing sectors of the tourism industry in Africa." - Dr. Paula Kahumbu

As the CEO of WildlifeDirect and a board member of the National Geographic Society, Dr. Kahumbu’s knowledge spans the mechanisms of finance and capital as much as natural systems - both of which are deeply entangled. Beyond just her efforts to curtail the ivory market, her goals are not just for a greener Kenya, but for a wealthier one as well. Dr. Kahumbu understands that exploitation of wildlife can be borne of economic desperation, and that sustainable exchange with the environment is key to future economic development. For the Guardian, she wrote in 2017 that a sustainable ecosystem could be a cornerstone of the Kenyan economy, pointing to the fact that “Ecotourism, which depends on wildlife, is one of the fastest growing sectors of the tourism industry in Africa.”
‍

Dr. Kahumbu confronts these key issues of ownership and wealth through practical action and a commitment to education. Not only does she teach, but she has also authored a number of children's books, and her documentary work for National Geographic is a further attempt to spread knowledge. But, to Dr. Kahumbu, education is also about creating networks of shared knowledge rather than simply implementing top-down systems of teaching, and building these activist communities has been the key to her rapid and noticeable impact on wildlife conservation in Africa. Because of demand driven by the global ivory trade, local change alone is not sufficient to stamp out poaching. Although Dr. Kahumbu, as a singular voice, cannot possibly lobby for policy change in an effective way across continents and borders, by establishing networks of NGO’s that all have local expertise, she has spearheaded a conservation movement that has achieved its aims of protecting elephants in Africa. This is something to keep in mind as we all build communities – knowledge can drive social good, and this knowledge comes just as much from each other as it does from the top down.